Diane DeLuzio – is a retired business teacher.  She spent most of her years teaching in the classroom at the high school level.  When she retired from full-time teaching, she filled her days with 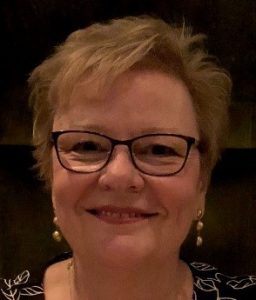 volunteer work and was employed as an adjunct professor at a college.  The role that she is most proud of, however, is that of mother and grandmother.

Diane had both of her sons on active duty with the U.S. Army in Afghanistan.  Upon receiving the news of her son, Steven’s death, her first motherly instinct was a thought that both “boys” were alone and far away from family.  Scott was informed of the loss of his younger brother while he too was in a fire fight not far from Steven in the mountains of Afghanistan. She has since come to understand that they were both surrounded by soldiers who loved them and these soldiers were family to them in a faraway land.  This knowledge that the first tears for Steven were shed by his brothers-in-arms even before she knew of his death has been a great comfort.

Even though Diane has a Master’s Degree in Counseling, the early days of this tragic time left her often wondering why or even how she would ever socialize again.  Her husband needed to speak Steven’s name often and tell funny stories about him to anyone who would listen.  He needed to be surrounded by people who knew Steven or wished that they knew him.

She sought out other Gold Star Mothers (mothers who have lost a son or daughter in the service of our country) as a way to feel connected to someone who might understand the pain that she felt.  Diane stumbled a few times but eventually found a way to channel her grief into proudly honoring both of her sons and the ultimate sacrifice that Steven made.  Through various charitable organizations with connections to the military, such as Connecticut Trees of Honor Memorial (She was actively involved as a Board member in this organization for more than five years. You can learn more about the CT Trees of Honor by visiting www.cttressofhonor.com.)  and Fisher House of Connecticut, she was able to channel her grief into doing something positive for military veterans, their families and fallen heroes.  It is with this same passion that she has joined Mark in the B.R.A.V.E. organization serving as a Thought Partner and Administrator.