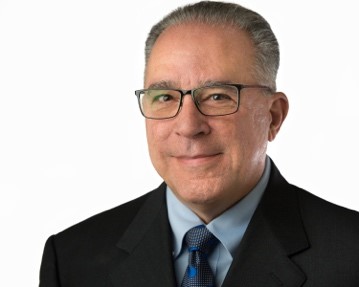 Mark DeLuzio—known as a pioneer of Lean Management and the principle architect of the Danaher Business System—serves as a trusted advisor to senior leaders in global organizations whose financial and operations metrics have flatlined. Leveraging his unmatched and inventive experience, Mark helps them think differently about how to optimize their approach system-wide. For his winning record in transforming companies, Mark also serves on the board of directors for Hillenbrand Inc. (NYSE: HI).

Mark holds BS Degrees in Accounting and Marketing and an MBA in Operations Management.  He is a Certified Management Accountant (CMA) and is certified in Production and Inventory Control (CPIM).  He has held senior positions as a Vice President and Chief Financial Officer in Finance, Vice President of Operations and Corporate Officer and Corporate Vice President.  He is an accomplished entrepreneur who established a global consulting business in 2001 and it is currently in operation today.

While many know Lean in theory, Mark has lived it inside-out in practice. After developing the first Lean Accounting process in the US for Danaher’s Jake Brake Division—setting an industry standard many companies are still trying to replicate—Mark became a Corporate Officer and Vice President of the Danaher Business Systems where he led its global deployment and enlightened Wall Street on its merits. Engaged in their first study mission to Japan to learn from Toyota and its suppliers, he’s still mentored by the masters of the Toyota Production System today. Fundamental in Danaher’s recognition as the leading implementer of Lean, Mark founded Lean Horizons in 2001 to helm a global team that serves clients on five continents in both specific and broad business applications of Lean. Their hallmark project with GE’s Money Division—generated $216m in its first year by reducing retail credit card processing approvals down to one day from 63—was profiled in the Harvard Business Review. In 2007, Mark’s “Excellence in Manufacturing” contributions were recognized when he was inducted as a Life Member of the Shingo Prize Academy, the “Hall of Fame” for leaders in Lean Management.

Teaching Leaders to Ask Questions that Cause Teams to Produce Answers

Whether through speaking, authoring, or service on corporate and non-profit boards, Mark’s passion for educating others is evident. Before relocating to Arizona to be closer to family, he spent eight years on the board of his alma mater’s school of business. Institutions like MIT’s Sloan School of Business, Northwestern’s Kellogg School of Business, and RIT have invited him to talk with their students about his experiences with DBS and Lean in order to deepen their understanding of what does and doesn’t add value. Following the success of his first book, Turning Waste into Wealth, Mark is currently writing another book which will be published in 2018.

As a Military Dad

Mark is the proud father of Scott and Steven DeLuzio.  Both Scott and Steven served honorably in the Army’s Infantry Division in Afghanistan (Steven also served in Iraq).  Unfortunately, Steven was killed in action in Afghanistan, and was posthumously awarded the Bronze Star and Purple Heart.  Both Mark and his wife, Diane, befriended many of Steven’s military brothers. They soon realized that our country does a great job at teaching our heroes how to “put the uniform on”, but there is a lot to be done in teaching them how to “take the uniform off.”  Although Mark is not qualified to offer personal counseling to our veterans, he is qualified to offer them advice and direction in the world of business.  Mark’s passion for our military veterans is what drives this initiative.

After Steven’s passing, Mark and Diane felt a need to “give back.”  They became Directors of a military charity start-up called the “Connecticut Trees of Honor Memorial” which honors the fallen military members of Connecticut from the Iraq and Afghanistan conflicts.  They were actively involved in this organization for more than five years. You can learn more about the CT Trees of Honor by visiting www.cttressofhonor.com.